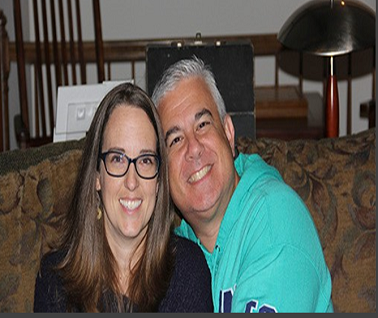 Gini was born and raised in Florida and landed in North Carolina in 1998 by way of upstate New York. She was at work one day on one of New York’s snowier May (yes, May) when a headhunter called about a job opportunity in Winston-Salem. Within a week, Gini had been to Winston-Salem, interviewed and accepted the job, and was making plans to become a new Southerner. She has never looked back.

Gini arrived late to the running party at the age of 50. In 2013, her daughter joined a Girls on the Run group with the goal of running the Mistletoe 5K. When Gini learned she needed an adult running buddy, Gini was all in. The only problem was, Gini didn’t run. But she thought, “how hard can it be to run a few miles?” Little did she know.

Gini was athletic when young (tennis bum), but like many others, kids and a demanding career led to her putting physical fitness on the back burner as an adult. She took other runners’ advice and joined a new runner group at her workplace, Hanesbrands. With this group and the Couch to 5K app, Gini was off and running… well, sort of. At first, Gini and her training group could barely run the 90-second running intervals, but day by day, little by little, they all worked up to the 5K distance. When they crossed the finish line at the Mistletoe for their first 5K, they strutted around as they’d just taken the gold at the Olympics, but more importantly, they realized they’d formed a bond as friends that was like no other. A year later at that same race, Gini placed in her age group. Thereafter, Gini worked her way up to half and full marathons.

Ironically, her daughter stopped running after that first race was over, but, for Gini, running has been transformational. She learned that you can get fit at any age; that being fit as an older adult is the best gift you can give yourself, your kids, and your employer; and that you can push your- self mentally to survive anything. Gini has also learned that running can provide a tether through tough personal times, a constant when traveling for work, and quietude when thinking your way through a complicated issue. But one of the best parts of running is the people you meet. Through running, Gini has met and become friends with people she likely never would have crossed paths with had it not been for a group run, training class, club activity, or race. As Gini says, we tend to live and interact within our own bubbles, but running takes you outside of that.

This brings Gini to the Twin City Track Club. When Gini joined the track club a few years ago, like many members, she did it solely to save money on race fees and support a group that has done so much to promote running in this area. Like some, Gini thought TCTC was only for fast runners (which she says she is not), so she didn’t get involved in any of the club’s activities at first. Since serving on TCTC’s board, Gini has learned the club has members of all paces and has so much more to offer its members than just race discounts. As one of two Activities Directors, she was introduced to TCTC’s breakfast runs, hash runs, $5Ks, Salem Lake group runs, BTH volunteer opportunities, a scavenger hunt, the winter seminar, and other social and community events. Gini found that TCTC members are dedicated runners, but they are also helpful, supportive, engaging, and fun people to hang with. She notes that later in life it’s sometimes difficult to forge new friendships, but finds TCTC events are a great springboard to do just that. While life in COVID times makes hosting club activities much more of a challenge,

TCTC does have them and Gini encourages each of you to continue to participate in them as you feel comfortable and stay involved with each other’s progress through our social media sites. As Gini said above, running provides a real constant in our lives – and in a time where constants are lacking, your TCTC running buddies are here to support you and your running efforts. Run-on. 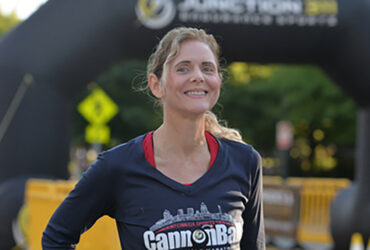 Dana Copeland Bishop – Webmaster Dana has lived in the Triad ... 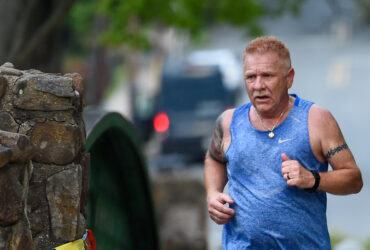 Mike Ingram – Activities I started running when I became involved ... 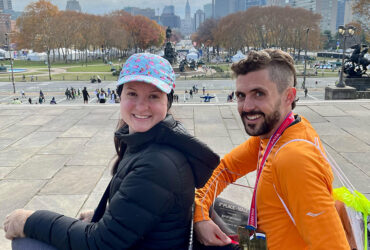 Jessica Cowart – Activities Jessica Maloney Cowart grew up with a ...