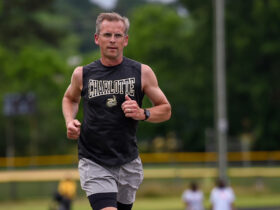 To sum myself up in a nutshell: I’ve been married to Keith for 32 years, have a daughter and grandson, and work at Wake Health in Neuroscience research. We live on a small farm with 2 dogs, 2 cats and 3 llamas. I am also the face of Tuesday Night Track Night.

I’ve been in Winston-Salem: 40 years. I moved here to work at the medical school after graduating from Western Carolina University.

A proud member of Twin City Track Club: since 2016.

Been a “runner” since: 1982 and started running back when the only races were 10Ks and marathons! I started running because of a guy, and, even though that didn’t work out, it gave me a lifelong love of running.

The longest distance I’ve ever run is: a marathon, Charlotte in 1984, Shamrock in Virginia Beach as my Boston Qualifier in 2019, and Virtual Boston run on the Mount Airy greenway in 2020.

My motivation to run is: Staying upright and mobile! The social aspect when running with others is motivating. It certainly helps with mental health and I use solo running time to mentally work out problems.

But when I’m not running, I enjoy: Skiing, playing with my grandson and relaxing in my garden. I also weave and play the fiddle.

One thing running has taught me: You have unlimited possibilities for why you run. Whether it is for companionship, quiet reflection or competition, there is something about it that can appeal to almost anyone.

I wish I could: Encourage more people to run, no matter their speed or ability. I want to be the reason someone tried something new!

Most people don’t know: I once ran the Mistletoe Half in the morning, then drove to the mountains and skied all afternoon. A double day of fun!

These are a few of my favorite running things: 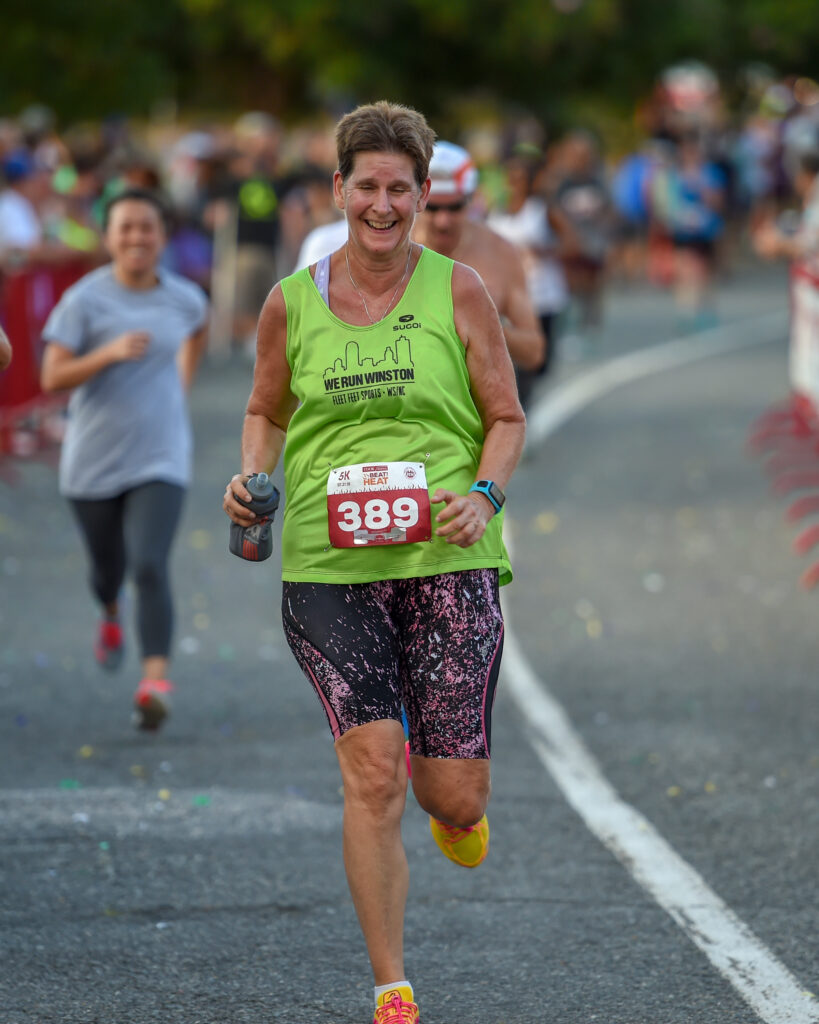 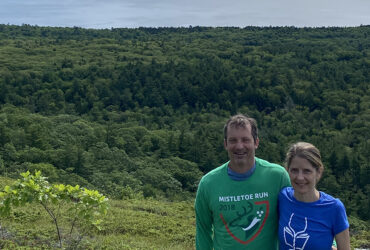 My name is: Marlena WestcottBut I’m also known as: BlueTo ... 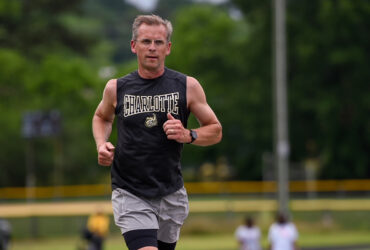 My name is: Brian RudelI’m originally from: Toronto, Ontario, although ... 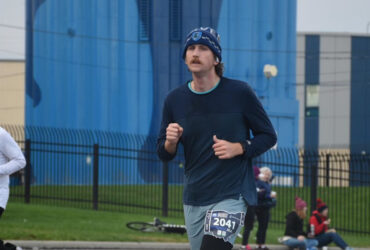 My name is: Robby TrosanI’m originally from: Winston Salem, but just moved ...