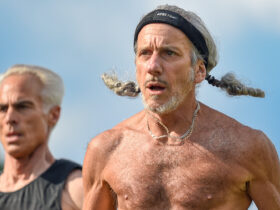 You Are an Ultimate Runner

After a high of 88 degrees earlier in the day, the temperature for this year’s Cook Medical Beat the Heat settled to a more comfortable 82 by the time the evening’s events began at 6:30. And this year kicked off a new event: the Youth Mile Race.

Twelve young runners ages 6-17 lined up for this competitive race and they ran like the wind, with the top four finishers—Cash Beechler, James Summers, Sophie Jones and Zibby Jahnes—all coming in under 8 minutes.

Coming in first in the two competitive races for runners 11 and younger were two newcomers to Twin City Track Club events: Cash Beechler and Zibby Jahnes. We caught up with them to ask about their experience and their running.

Zibby is fairly new to running. She’s been running just about a year, but she comes by it naturally: Her dad Jay is a runner. She started running with her school’s (New Garden Friends School) GO FAR (Go Our For A Run) program. GO FAR students run every other day and train for a 5K. Zibby ran her first 5K with the program in November 2021, finishing 8th overall (first female) with a time of 23:45.

She and her father went to Beat the Heat initially to cheer on her dad’s friends and to watch the elite 5K runners—“They were epic!” Zibby says, noting that she was especially cheering on Gabby DeLay and Donnie Cowart.

About an hour before the race, Zibby’s dad asked her if she’d like to run the Youth Mile. She decided to do it, jumping in at the last minute and signing up just moments before the gun went off.

She knew she could do well. “I knew I could win,” she says. She tamped down her nerves and took her place on the starting line. “The other runners were a good challenge,” she adds.

Zibby’s favorite thing about the race was the sense of pride she felt afterward. She enjoys challenging herself. “You can say you did something cool,” she says.

She encourages other kids to give running a chance. “It’s a little hard, but it’s fun and you gain something out of it,” she says.

And she jumped into another challenge just a month later, running with her dad in the Buffalo Run, a 5K at Buffalo Days in Grand Lake, Colorado. She finished first in her age group and 18th overall.

Cash Beechler insists that he doesn’t run. Now, considering he won his age group and overall in the Youth Mile, that is up for debate, but his mom, Ali Tomberlin, notes that he is an athletic young man with running in his blood.

“I love to run and am currently training for a marathon, so he sees me run all the time,” she says. “Plus, his grandfather, Bill Loeffler, is a lifelong runner and volunteer coach for Mount Tabor High School’s track and cross country teams.”

“Pop” Loeffler, now in his 80s, introduced Cash to running by taking him to MTHS cross country practices starting when he was just a toddler.

Cash also chose to run the Youth Mile race a bit at the last minute. “My mom was doing the 5K and asked me if I wanted to do the 1-mile race,” Cash says. “I said OK, and she signed me up three days before the race.”

Taking part in his first running event ever was a different kind of challenge for Cash. “It was fun, but it was super tiring,” he says. “I felt like I was going to throw up at the end of it. I remember that during the race, one of the girls I was running with said ‘good job for your first time.’ That was encouraging and made me feel good. It was nerve-wracking at the end though because I didn’t know if I was going to win or lose. I want to run it again next year and try to beat my time.”

Cash, a Forsyth Country Day School student, doesn’t plan any more races until next year, but he does encourage other kids to give running a try. “Do it,” he says. “It’s fun.”

Oh yeah, there were other races that day!

The 5K and the Elite/USA Track & Field NC 5K were exciting events this year, minus the storms of 2021!

Overall results in the 5K:

Overall results in the Elite 5K: 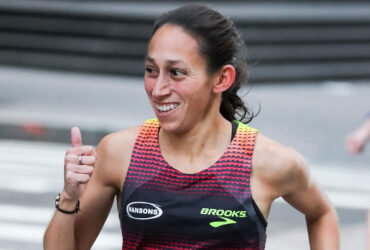 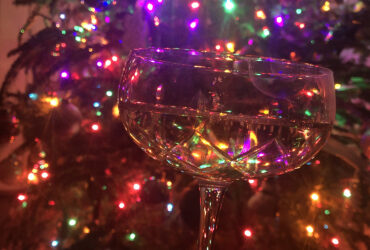 Put on your party clothes and enjoy craft beer, wine ... 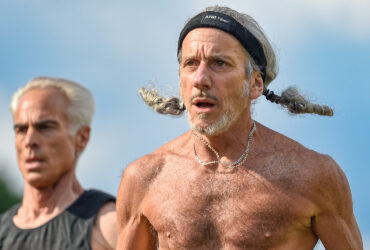 You Are an Ultimate Runner